In order to improve connections and reduce travel time by using public transport, it was decided to extend the Stockholm Metro Blue Line to connect Akalla and Barkarby. Two new stations will be built, one located in the up-and-coming Barkarby district and the other near the former military airfield in Barkarby.
The work entails the sealing by jet grouting columns between the foot of the sheet pile and the rock, along the perimeter of an area in the vicinity of the former Barkarby military airfield, in the municipality of Stockholm, Sweden.
The sealing in question was carried out in order to waterproof the underlying area in which the entrance to the extension of the metro tunnel to Akalla and Barkarby is to be built.

The treatment required a minimum overlap of 100 cm above the foot of the sheet pile in the upper part and at least 50 cm of rock embedment in the lower part. 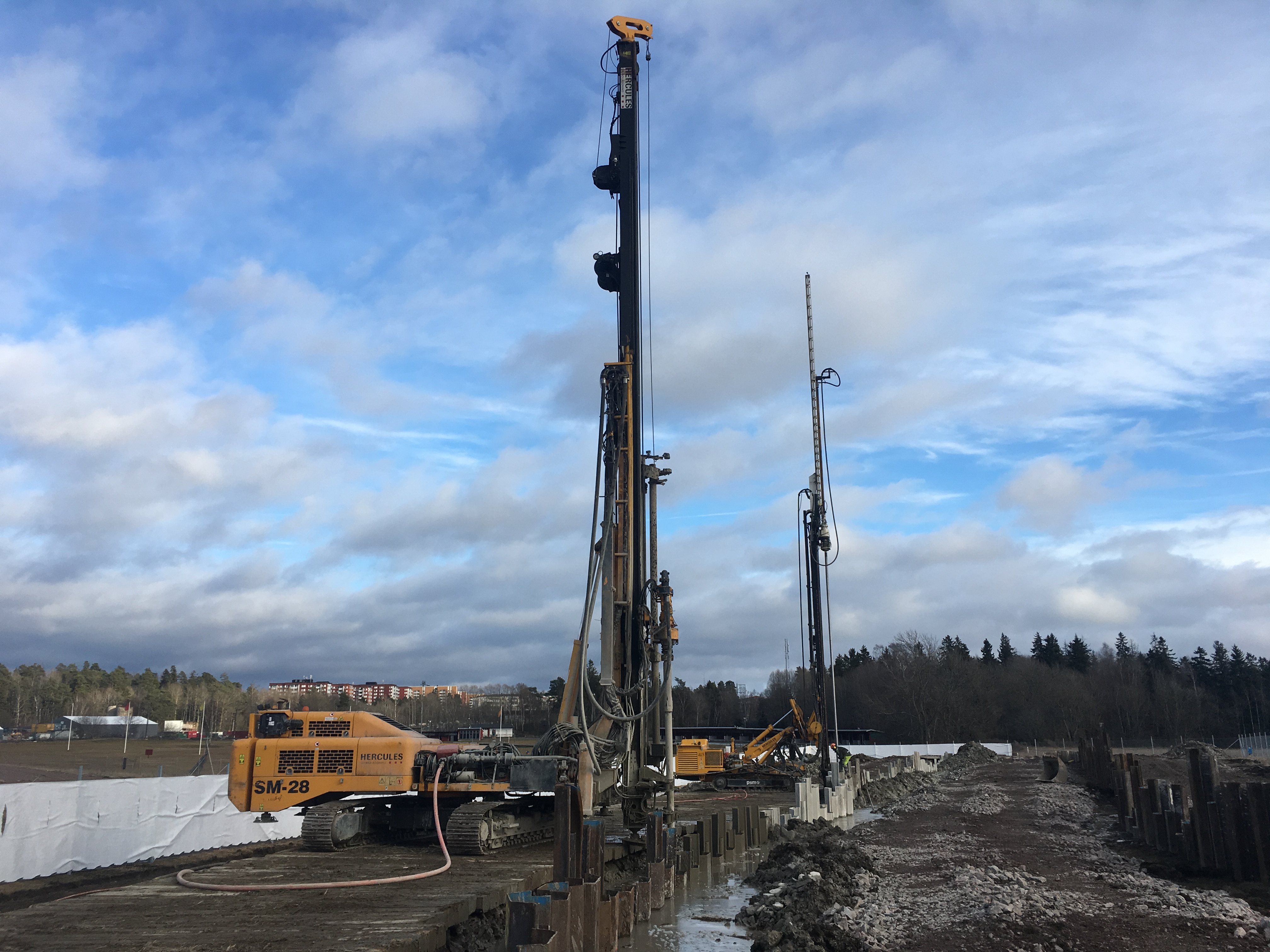 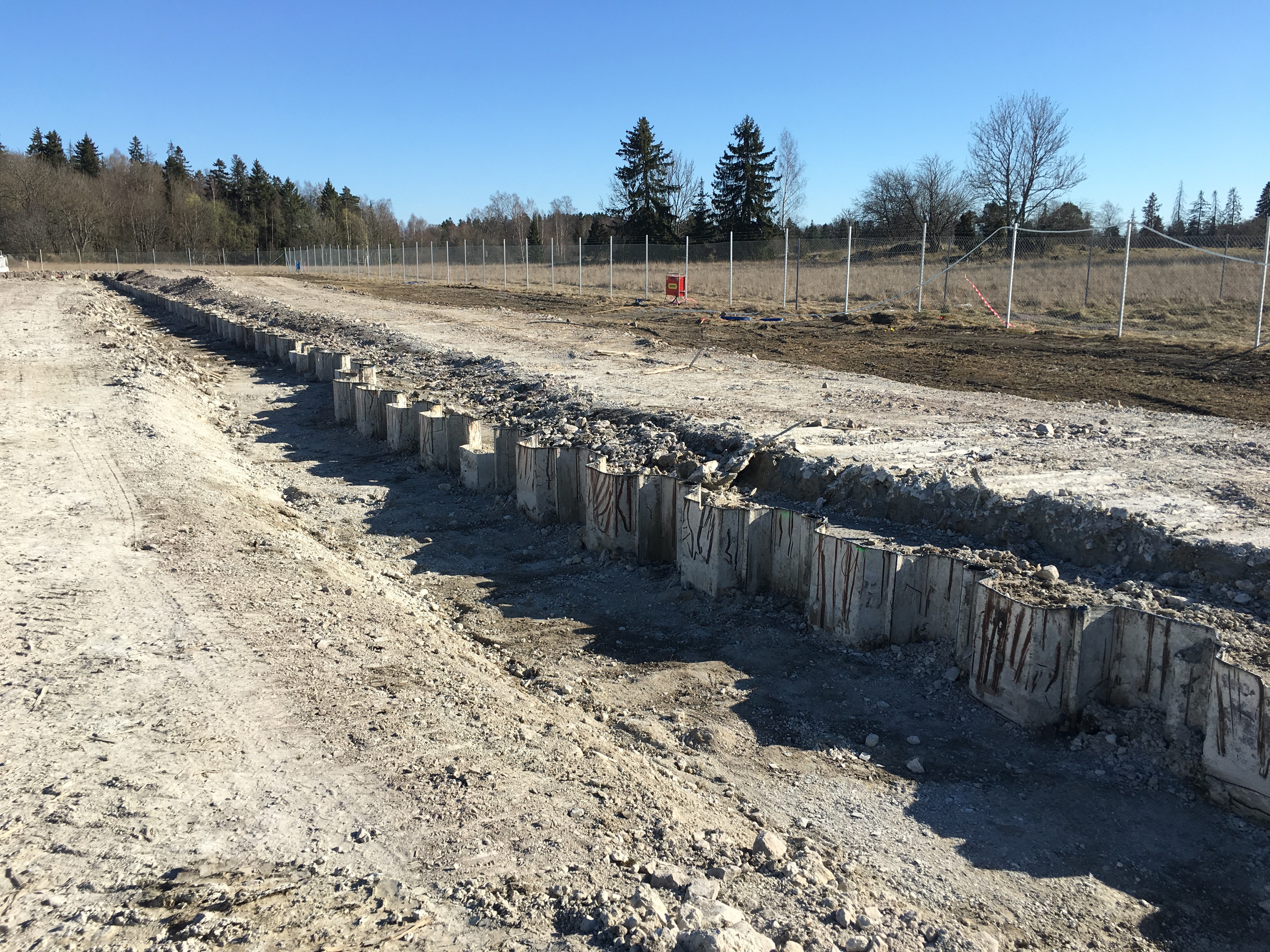 The sealing by jet grouting was entrusted to HERCULES-TREVI Foundations AB, a Swedish company of the TREVI Group.
The topography of the area was predominantly flat, charac-terised by grassy surfaces making part of a protected natural area.The analysis of the existing soil, which was the subject of the treatment, showed that it was predominantly moraine, with boulders obstructing the driving of the sheet piles and gravels allowing a considerable flow of water under the high piles.
Therefore, the sealing between the lower edge of the sheet piles and the rock was designed using jet grouting columns with single fluid casting, 1000 mm diameter with 600 mm spacing, i.e., one column per each sheet pile.
At the end of production, the average length of the columns was 2.4 m with an average depth of 10.50 m.
Free drilling was carried out up to 80-100 cm inside the healthy rock, while the injection of cement grout was carried out for 50 cm in the rock up to 100 cm above the foot of the sheet pile.
The casting of the columns was carried out according to a precise sequence involving the construction of primary columns (openings), secondary columns and finally tertiary columns (closures).The nominal volume injected complied with the 750 l/m per column specified in the design, with a water-cement ratio of 1:1.

In order to check the parameters to be used during production, a test field was set up at the start of the site where two single columns spaced 2.5 m apart with different operating parameters and a group of three overlapping columns spaced 63 cm apart with the same parameters were installed.
With the aim of checking the diameter and the total overlap of the columns, plastic tubes were installed both outside the columns and inside the single and overlapping columns, and a seismic survey was carried out between the tubes by means of the “cross-hole tomography” (CHT) method, hence using compressive and shear waves.
Based on the results of the test field, the most appropriate and effective parameters were adopted to meet the design specifications.