TREVI’s know-how was crucial to the implementation of trials whose final goal was the full-scale testing of the two selected technologies:

The place chosen to carry out the tests is in the municipality of Pieve di Cento, close by the Reno River. The area is characterised by shallow sandy deposits that were strongly affected by liquefaction during the earthquake in Emilia, in 2012.
An artificial quake was generated to induce high pore pressure in the soil; the same operation was carried out in three different areas:

Many transducers were also installed in the soil such as geophones for vibrations and pressure transducers, with the aim of comparing the data collected from the three different areas. 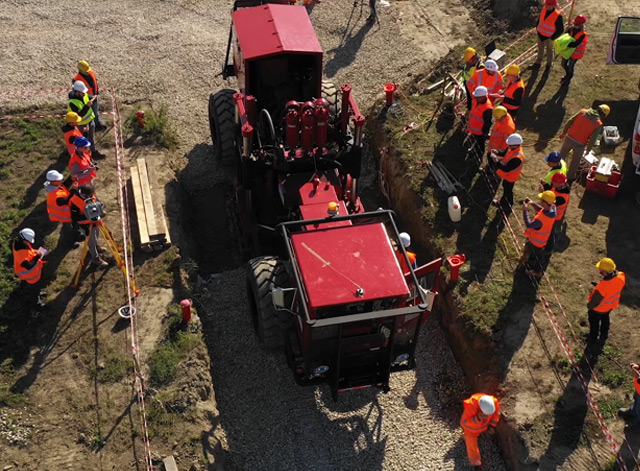 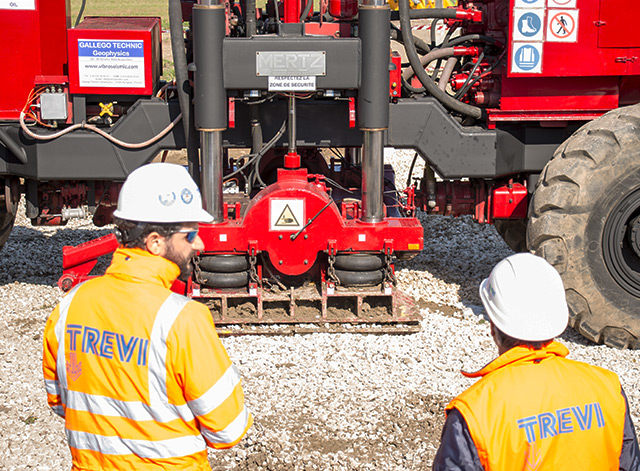 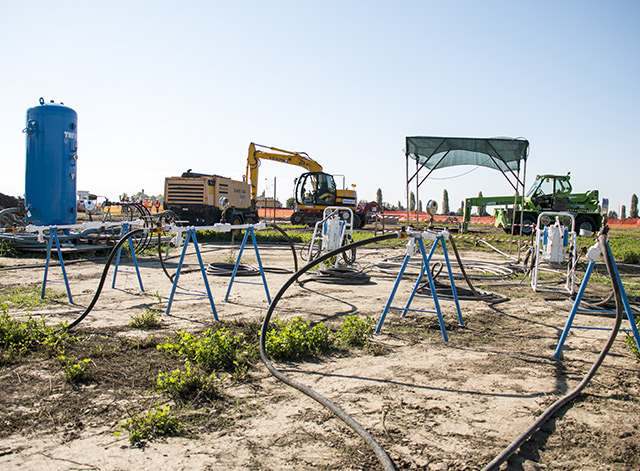