Over the last two decades, DFI has recognized superior work performed by its members on projects related to their geotechnical, deep excavation and deep foundation aspects.

This year the Mosul Dam Rehabilitation Project (Iraq) has been selected as this year’s Outstanding Project!

The award is being presented at DFI’s 47th Annual Conference on Deep Foundations in National Harbor, Maryland, October 4-7.

In consideration of the critical situation characterising the Mosul dam, in October 2015 the Iraqi Government, supported by the USACE (US Army Corps of Engineers) issued an international invitation to tender with an emergency procedure, for the maintenance and safety of the dam.

Trevi was awarded the tender and signed the contract at the beginning of March 2016, facing  a very complex task at the Mosul dam in Iraq. In fact, the persistent political instability of the country - worsened in previous years by the conflict with the ISIS militias - had effectively prevented the dam adequate maintenance and consequently exacerbated the structural risk, making necessary massive and urgent restoration interventions.

The "Mosul Dam Project" has been a 3-year collaboration between the Iraqi Ministry of Water Resources, the USACE and Trevi SPA started in 2016 with the aim of stabilizing, repairing and securing the dam and transferring to Iraqi technicians all the know-how needed in the future to manage the  operations independently.

In parallel with the activities on site, the training structure carried out training and know-how transfer to 250 engineers, technicians and local operators. Important numbers indeed, necessary to secure a structure that with its 3.5 km barrier and a basin of over 11 billion cubic meters of water is among the largest in the entire Middle East and that - due to a friable soil - has long been a great threat to the whole of northern Iraq.

The near war conflict with ISIS, the security and logistic constraints, as well as the tough environmental conditions of some working areas, made this Project very challenging since the beginning.

Despite all those hindrances and the stringent technical specifications of the Project, the 700 workers deployed by Trevi from a dozen of different countries, operated professionally and safely through 24-7 operations, allowing the achievement of 5,000,000 man-hours worked with no lost time accidents.

This great achievement is the result of the commitment and efforts made by Trevi since the beginning of the Project, guiding all workers to improve their responsiveness towards the culture of safety at the construction site.

The U.S. Army Corps of Engineers - Contract, QC, HSE and Construction Administrator - acknowledged the achievement through a site ceremony held on 20 October 2018.

Trevi confirmed its capability to play important roles also in high-standard Projects; thanks its technological successes, as well as for teaching its workers the value of life without compromising quality and performance. 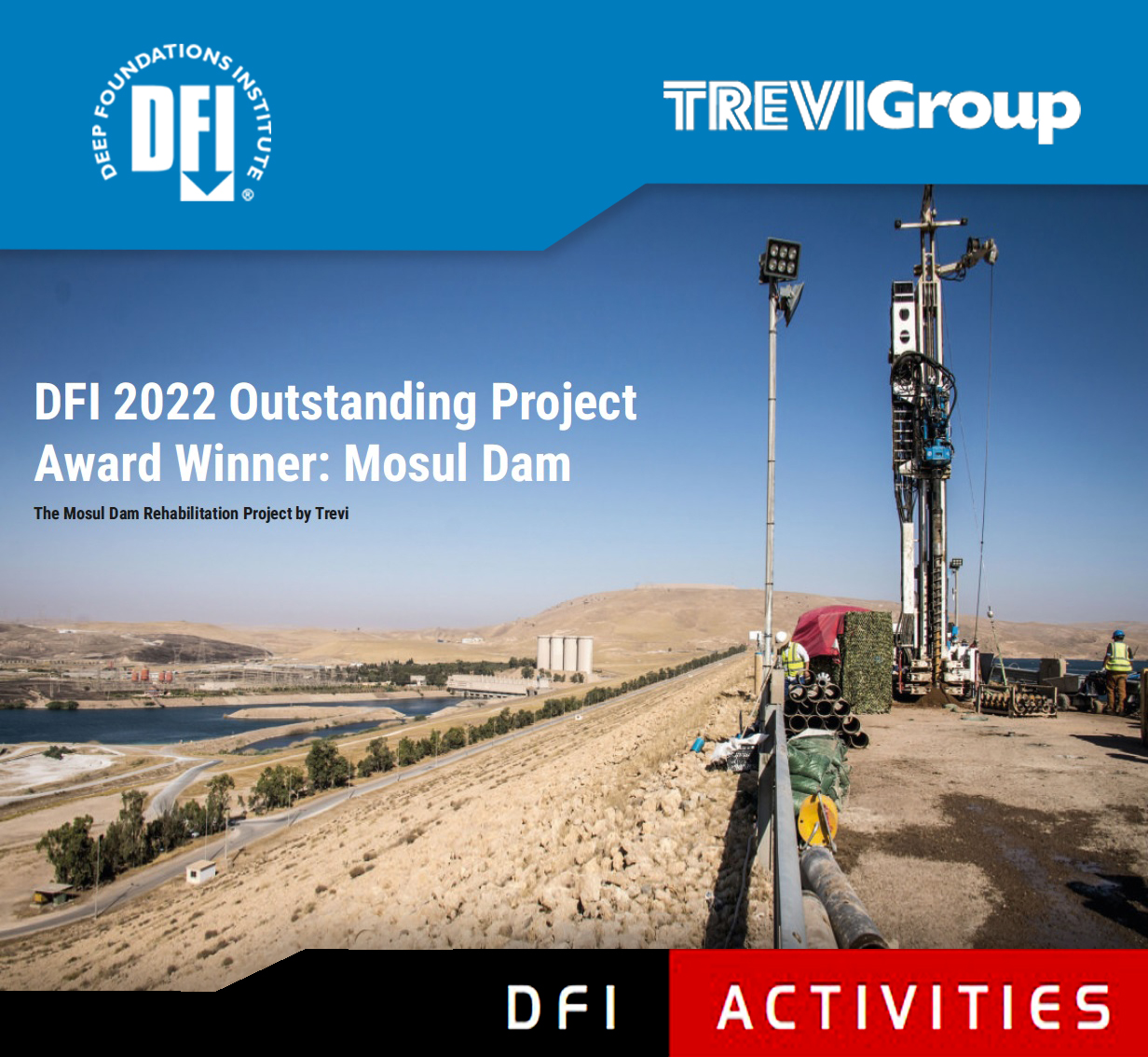