With its tree-lined boulevards and overlooking the deep blue waters of the Mediterranean Sea, the Principality of Monaco is the smallest city-state in the world after Vatican City.

Continuing the expansive tradition, Prince Albert II, currently reigning, has given the green light for a new “urban extension project by the sea” that will accommodate up to 1,000 residents with housing solutions consisting of both luxurious villas and flats. The new neighbourhood will be completed with a park, public facilities, a car park, a seafront with pedestrian quays, a landscaped park, a promenade and a Japanese garden. There will also be a small marina.
The name of this extension to the sea is Anse du Portier, and it has been conceived and designed by the Renzo Piano Building Workshop and will certainly change the face of the Principality.

Anse du Portier is designed for complete integration into the existing coastal landscape, and the architectural solution adopted respects and maintains the natural flow of the current along the coast; it will be completed in 2025 and will become an entirely pedestrian area surrounded by greenery, overlooking the sea.

At the beginning of July 2020, Trevi Spa challenging intervention for the construction of anti-liquefaction cells to protect the new seaside district was completed with success and extreme customer satisfaction.

Thanks to Trevi's technical and logistical capabilities, the seismic protection works of this new jewel were completed in record time using Jet Grouting technology. Columns of different geometry (cylindrical or elliptical), vertical and inclined, up to a maximum depth of about 27 meters were created. In total, more than 1330 columns were built, for a total of almost 33,000 m of drilling and 24,600 cubic meters of injected cement mixture. 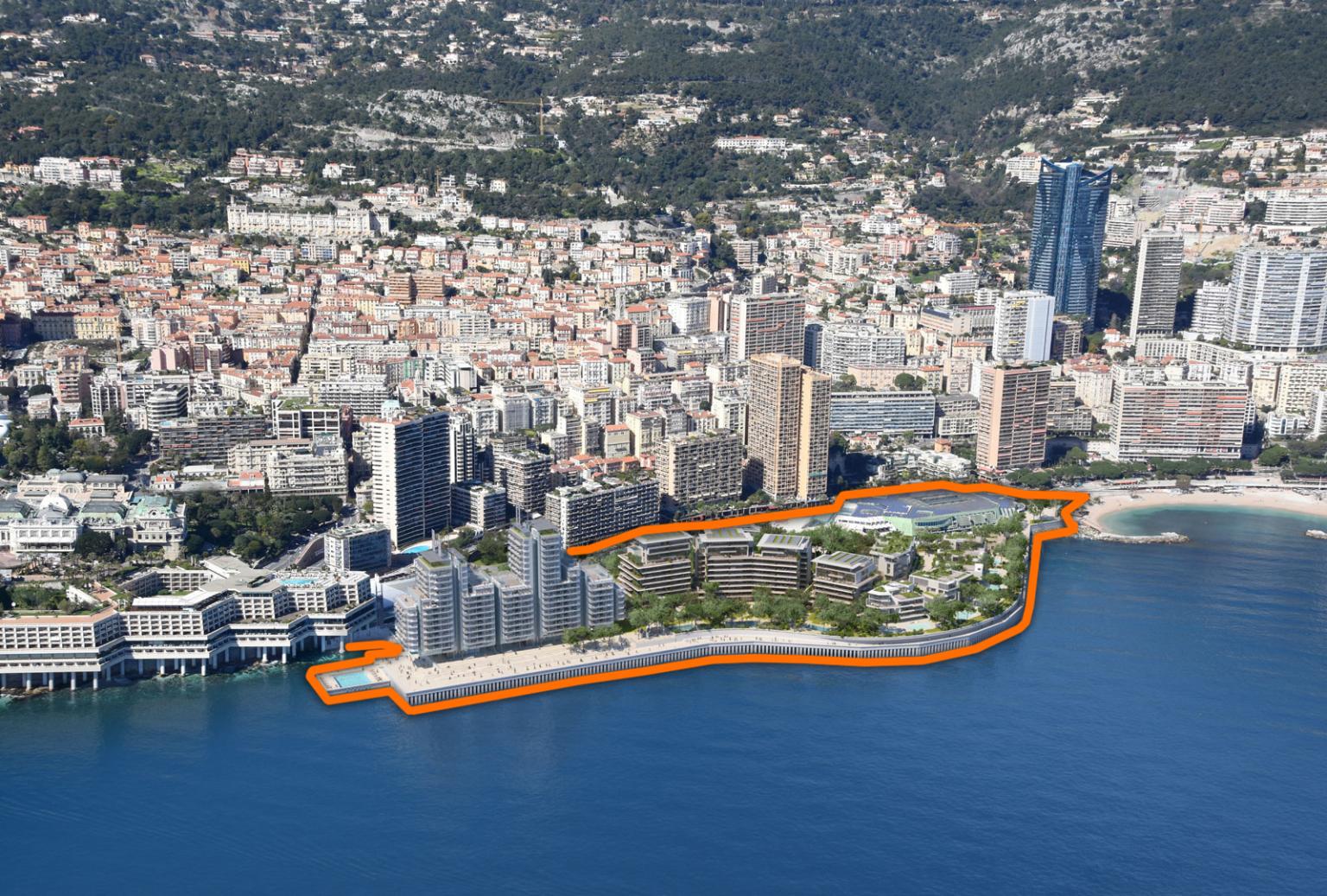 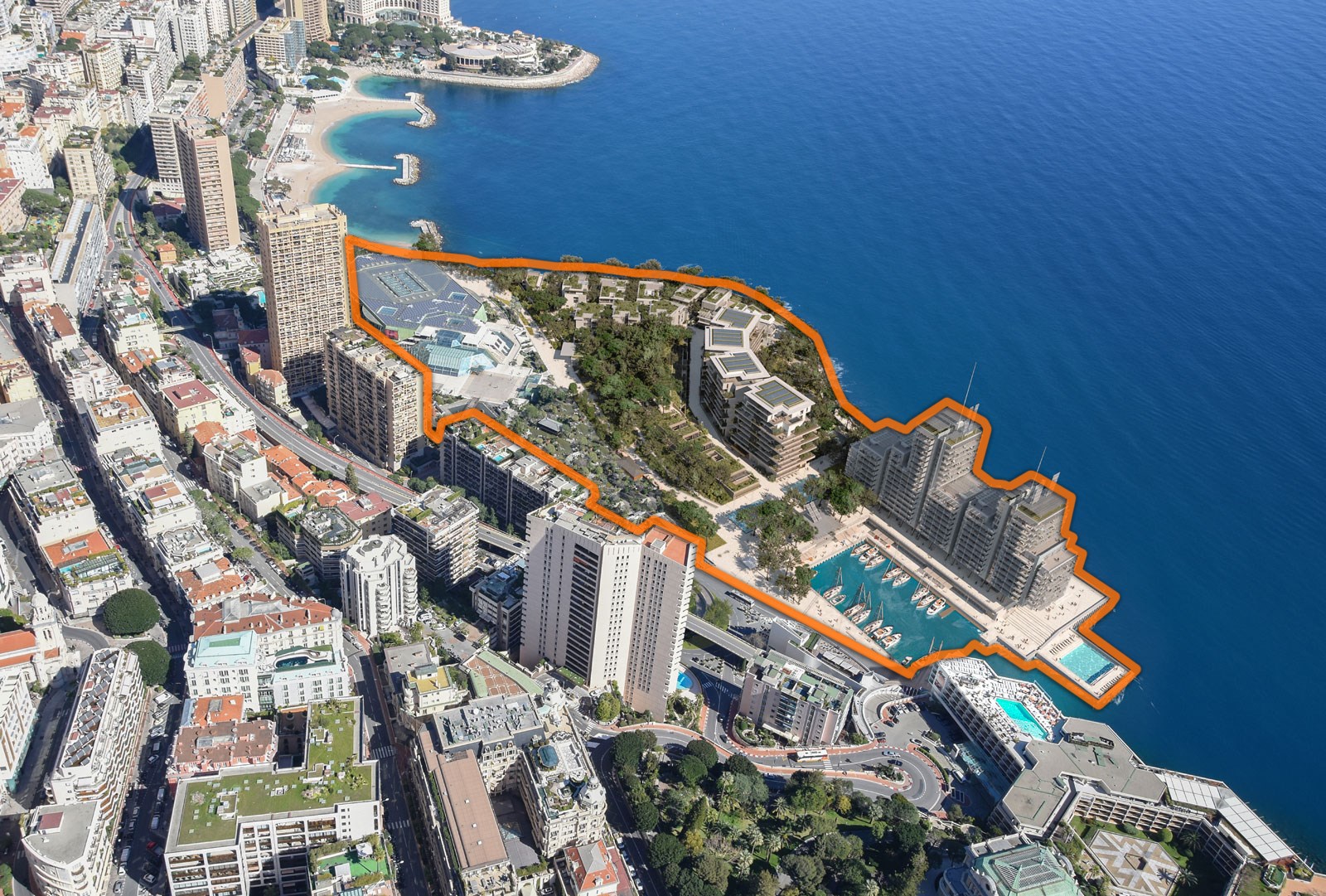 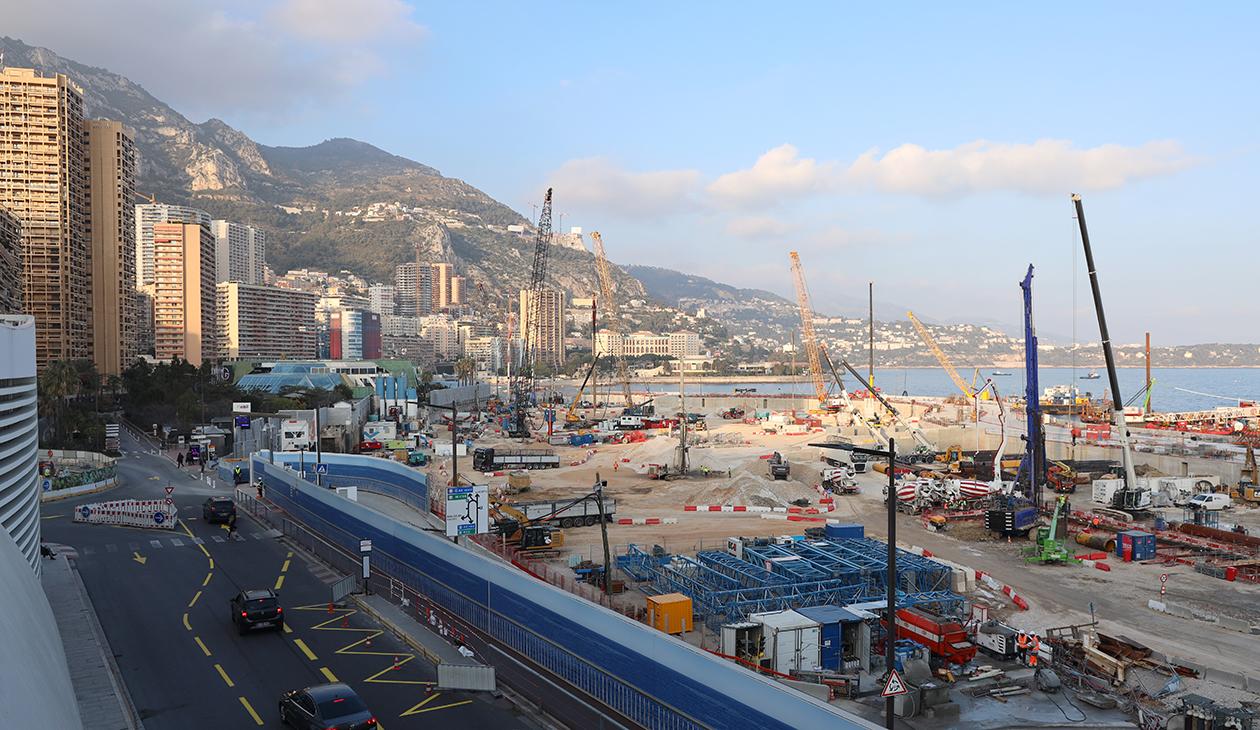 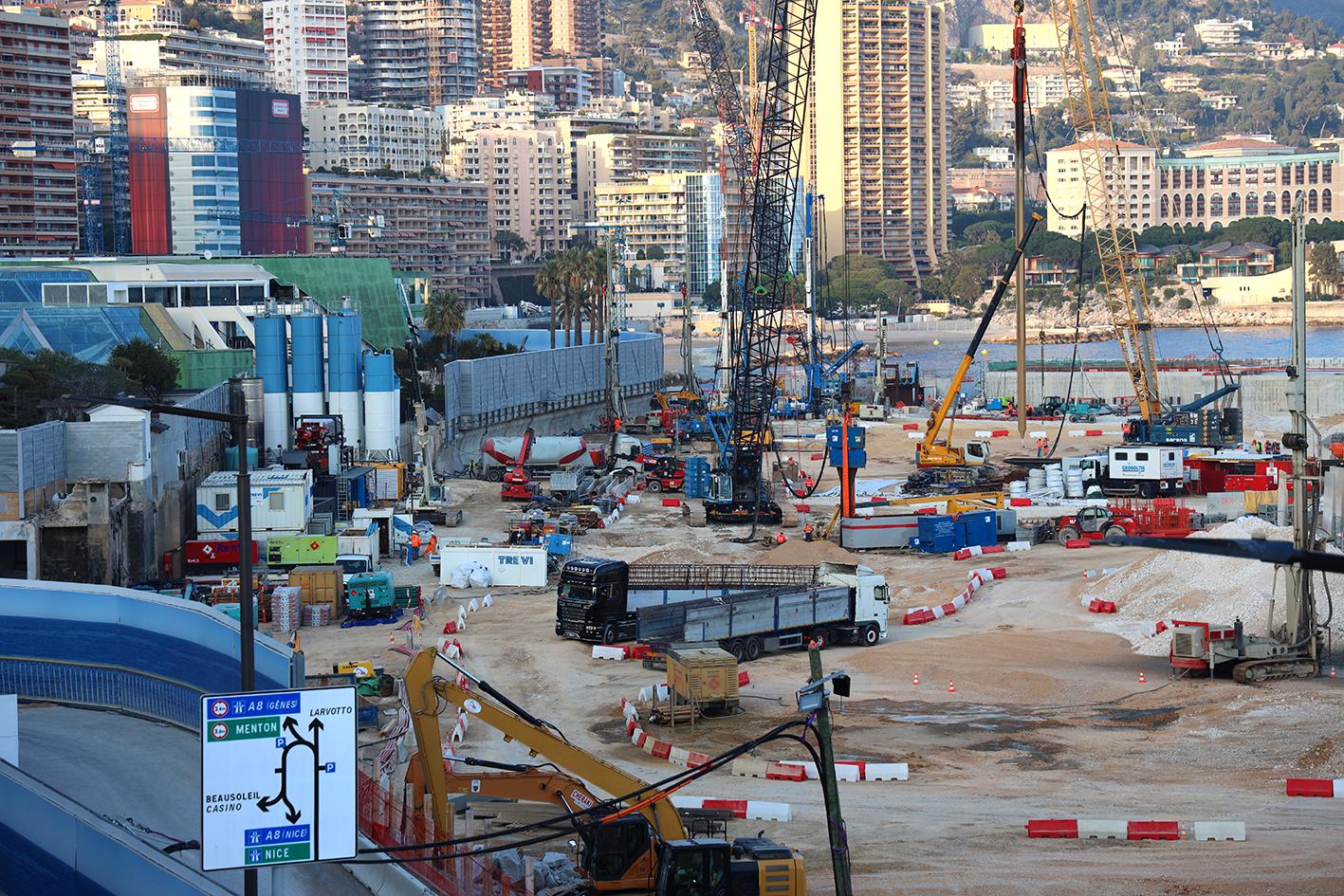 The construction of the buildings required the preliminary consolidation of the seabed soils. In fact, part of the marine sediments on which the works are carried out can be subject to the phenomenon of liquefaction in case of earthquake.

For this purpose, the following two types of intervention were adopted:
- Soil compaction by vibro-replacement columns: this type of intervention, which reduces the voids index, densifying the soil increase its resistance to seismic cycling stresses that could induce liquefaction.
- Construction of a structural cellular grid, made up of elements of soil treated with jet grouting technology: with this intervention, the pore pressures remain confined within the cells which, characterised by their own structural resistance, prevent the increment of the pore pressure avoiding to reach the liquefaction limits of marine sediments.

The first type of intervention was not applicable in the area closest to the original coastline due to the presence of a buried rocky reef.
The jet grouting solution,on the contrary, was adequate in this area as well. The structural cellular lattice was constructed using pseudo-elliptical elements using double fluid jet grouting technology.

The intervention covered a strip of coastline approximately 250 metres long and 30 metres wide, located near the existing breakwater wall. In the north-eastern area of the platform, where the soil treatment was close to the coastline of the Larvotto marine reserve, circular jet grouting columns were constructed using single fluid technology in order to prevent the pollution of the seabed potentially induced by the execution of the high energy double fluid treatment.
The entire process of creating the anti-liquefaction cells involved the execution of more than 1,330 jet grouting columns, for a total of over 24,500 m3 of treated soil.

Thanks to this consolidation work, it will be possible to build the foundation piles for the district’s structures and minimise the risks of soil liquefaction and buildings damage in the event of an earthquake.