In 1954, President Nasser launched a great project for the Nile river barrage with the aim of providing food and energy to 25 million inhabitants. Once completed, the Assuan dam would have ensured a huge water reservoir and, above all, the energy needed for the country's industrial growth.
However, the project made it necessary to sacrifice a part of the past: the rise of the lake Nasser would have caused the flooding of Nubia. All the archaeological sites, the extraordinary Temples and the tombs with the magnificent frescoes would have been submerged forever, dragging with them the history of a civilization.
In 1959, the governments of Egypt and Sudan appealed to UNESCO to obtain financial support and help in carrying out the salvaging of the Temples of Nubia. In 1960, Vittorino Veronese, in his quality as Director-General of UNESCO, launched an appeal to save them to which 113 countries replied positively.
UNESCO and the Egyptian Government launched a competition for ideas to define how to save said monuments; the Swedish project was chosen; it covered the dismantling of the temples by cutting them into blocks and subsequent reconstruction in the new site. In order to execute this project, an invitation to tender was issued and addressed to the most important construction companies of the time.

The aim of the project was to dissect the mountain and move the two Temples 280m further back and 65m higher, preserving their original orientation with respect to the stars and the sun. 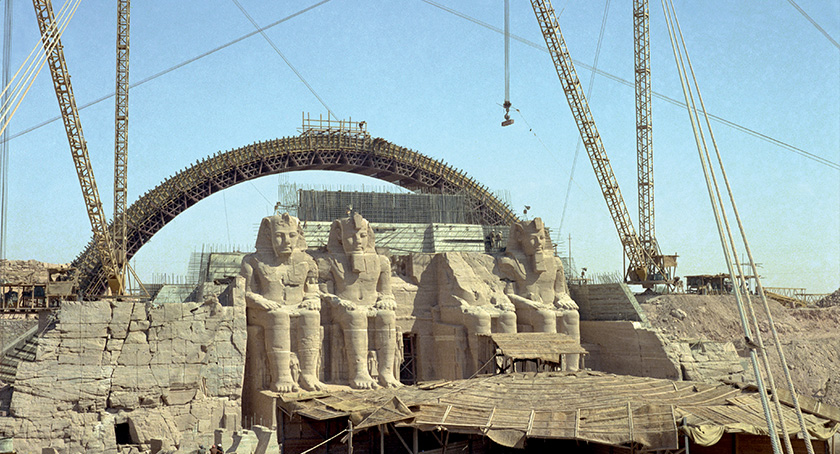 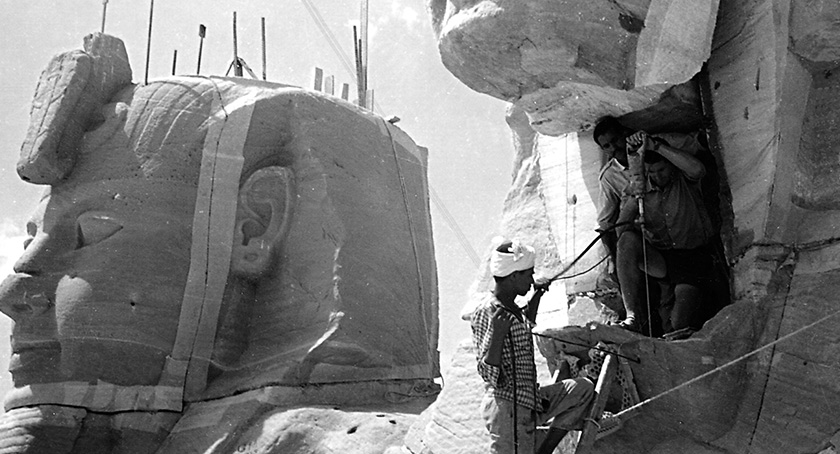 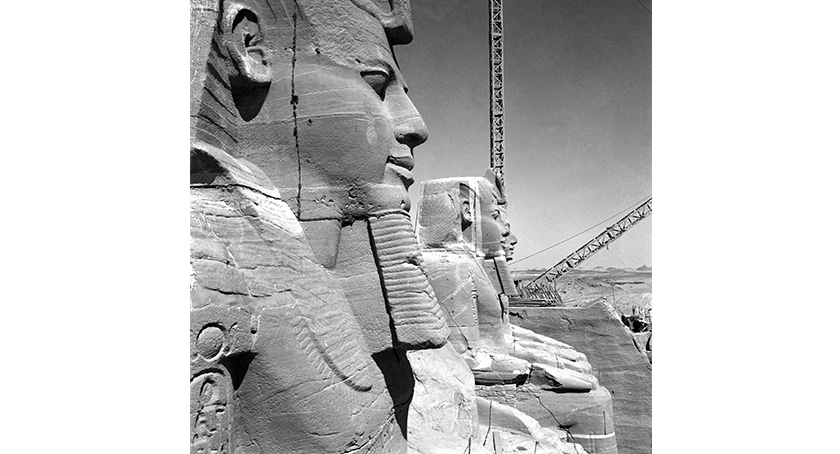 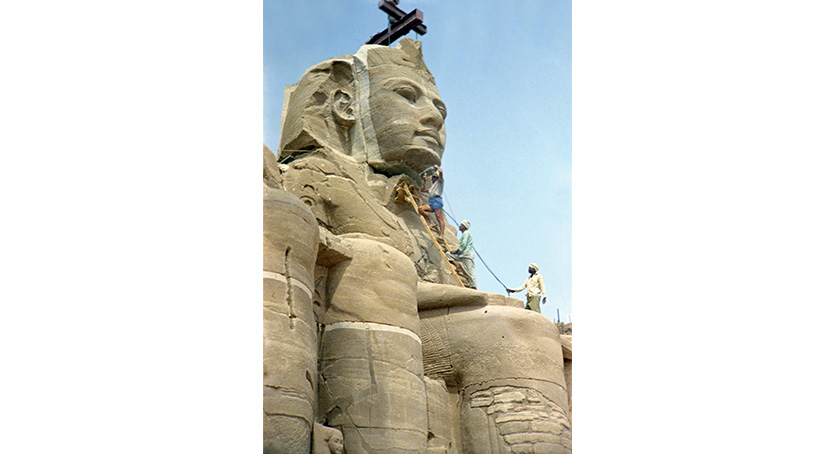 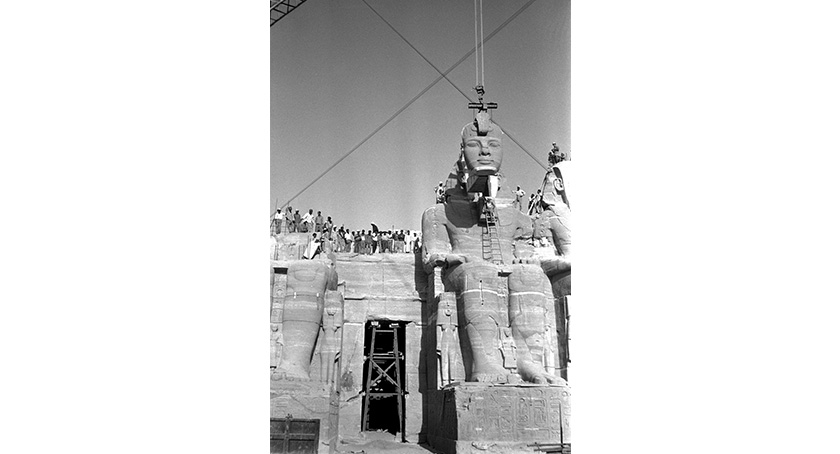 The first step was the construction of a cofferdam (dam) that was 370m long and 25m high to protect the area of the temples from the raising of the Nile waters. 380,000 m³ of rock and sand and 11,000 m² of sheet steel piles were employed.
Most of the excavation work was done without the help of explosives so as not to endanger the temples because of the vibrations: the only solution was the use of hand-operated pneumatic hammers. Both the interior and the facade of the temple had to be cut with handsaws.
The temple was finally rebuilt within an artificial structure, equipped with protective arches and domes of concrete, made with innovative criteria.

The Trevi Group has participated in this grandiose work (through the "Ing. Giovanni Rodio e C.") acquiring the contracts concerning the specialized works for the reinforcement of the sandstone, the laying of the anchoring and lifting bars and the surface treatments of the rocks with synthetic resins.
Two types of intervention were carried out by "Rodio" the first involved 1,010 blocks and concerned the framing of the temples, while the second involved 5,840 blocks that included the wider area forming part of the hill around the temples.