In general, the word "inclusions" means a type of consolidation that improves the strength of a soil mass through the inclusion of elements constituted by material with better characteristics than those of the surrounding natural ground.

Soft inclusions
They usually consist of granular material such as gravel columns and piles (Geopiers, Vibropiers). The stiffness of the material introduced is 5÷20 times higher than the one of the surrounding natural ground, so that the applied load is distributed between the inclusions and the on-site ground. In order to provide a vertical support, soft inclusions need to be laterally confined by the surrounding ground. These are isolated cylindrical elements, installed on a regular mesh, with percentages of treatment usually equal to 15÷30% of the soil volume.

Rigid inclusions
The stiffness of the material introduced is significantly higher (100÷1000 times) than the one of the surrounding natural ground, therefore bearing the whole load. Thanks to the high cohesion of the material, rigid inclusions do not require to be laterally confined by the surrounding ground. Usually, smaller diameters than those of soft inclusions are employed (from 300 to 800 mm), with percentages of treatment ranging from 2% to 15% of the soil volume. 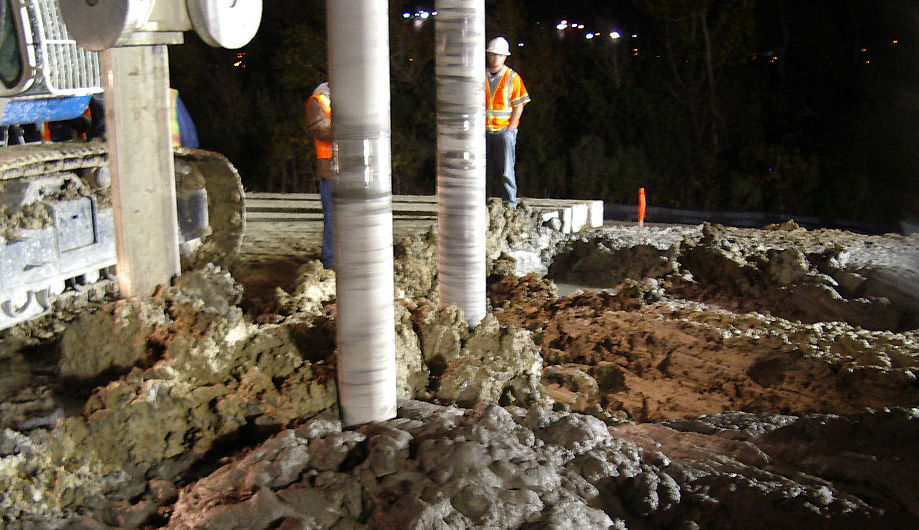 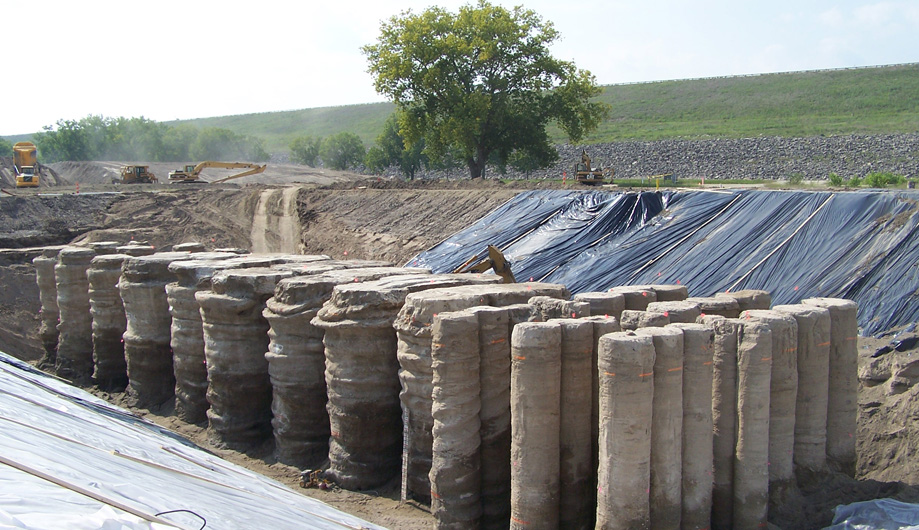